From Caves of Qud Wiki
Jump to navigation Jump to search
Across Moghra'yi, Vol. II: Athenreach 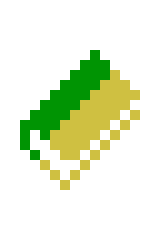 A voluminous tome whose pages are bound between two slabs of waxed wood.

Preface
Obviously and unfortunately, no primary sources are available from these distant lands. Much of this record draws upon the accounts given by fungi who crossed Moghra'yi on the backs of dromad merchants.

As a matter of convention, I date all events according to their chronological distance from an event of paramount historical significance, namely the publication of these volumes. Accordingly, note that the events' parenthetical dates signify their occurrence "prior [to] publication".

Athenreach is a freehold in the northern reaches of the Sunderlies along the Twining Thaw. It is most well-known for its Eustace-Suttan monastery which hosts the world's western-most community of disciples of the Eustace-Sutta.

The local communities in the region have relied upon subsistence fishing for centuries, benefiting from the location's fortuitous position downstream of the glacial rivers flowing over the Aeschlaen mountain range. Before the founding of the monastery in ~110PP, the regional combs were occupied by small fishing communities that traded peaceably amongst themselves. Once the pilgrim-monks built and populated the temple, several tribes of fishermen settled a village nearby to prosper from the monastery's need for fish and cragreed. Over the years the two communities have grown and largely intertwined with some of the anglers forsaking their river and mountain gods for the Eustace-Sutta.

Conversion to the Discipline of the Eustace-Sutta

After King Ercarthus died in 40PP and left no heir, Athenreach erupted into bedlam, with several of the freehold's oldest families vying for the throne. The lowest-born fisherfolk, however, rallied around a wizened angler whose name has been lost to history. Several of the elder families supported the angler, believing they could rule from behind the throne. The angler himself spurned the offer, but, realizing the importance of a unified Athenreach, eventually accepted the crown, took the name Narsus, and began a reign that would become the most prodigious in the freehold's century-long history.

While favorable, temperate seasons brought commercial prosperity to Athenreach's fishermen, Narsus, who would be called the Angler King, shrugged off the influences of the elder families and began to seek often the counsel of the monastery's scholar-abbot Flavian the Learned. Together they achieved several ecclesiastical successes, chiefly among them the discovery and transcription of the Scrolls of One Priam from nearby comb-caves. Narsus officially converted to the discipline of the Eustace-Sutta in 18PP, and three years later he declared it the official religion of the freehold.

The Angler King died in 3P and was succeeded by his sixteen-year-old son Narsus II, called Narsus the Younger. Gifted with his father's wisdom and piety and possessed of a fiery disposition unique to the Younger, the new king began to augment Athenreach's role as a major bastion of the Eustace-Sutta doctrine. While a sizable segment of Athenreach's population chose not to convert under the Angler King, the Younger is less tolerable of the old ways, and he has marginalized the pagan population.

With the help of Flavian's successor Moin Mohsen, Narsus II cemented an alliance with the Odrumian fiefdom Doria, taking the tuyuldar's daughter Nisramet as his wife. The union is troubling to the freeholds along the Sunderlies, particularly Goldmouth, which has been razed and held at various times by several of the Odrumiam fiefdoms.

The Eustace-Suttan monastery at Athenreach is one of the largest communities of disciples of the Eustace-Sutta outside of the Hanging Hills. It was founded in 114PP by the pilgrim-monk Umay, who blessed the location as sacred because it lay along the path of the prophet Uuchal's pilgrimage toward Iber.

The monastery houses two hallowed artifacts of the Eustace-Sutta discipline: the Scrolls of One Priam, discovered and transcribed by the monastery's erstwhile abbot Flavian the Learned, and the presumptive hide of Iopinax, the great three-headed mountain goat on which Uuchal's is said to have ridden to the waterfall at Iber and whose hide was so tough that it was said to later protect Uuchal from starfire along the Black Stair after the goat's death. The current abbot of the Eustace-Suttan monastery is Moin Mohsen, who succeeded Flavian the Learned upon the latter's death in 18PP.