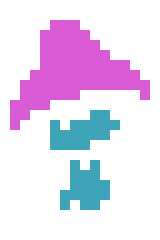 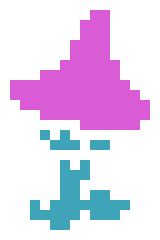 Nature bequeathed a dandy cap atop the slender, bowed stalk. Gills pucker on its underside. It takes its pigment from the sap that weeps nearby.

Dandy caps, along with

brooding puffs, or other dangers.

The colors of dandy caps are dynamically determined based on the colors of nearby weeps that are present in their fungal biome. For example, in a fungal biome that contains

honey weeps, the dandy caps will be brown and yellow.