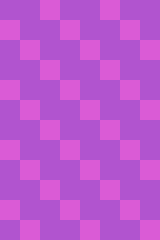 Magenta showers the heterotrophs in a wet film that inhibits their absorption of dead animal and plant-things.

Fungicide is a type of gas that is damaging to fungus and to objects composed of live fungal matter. fungicide can seep through walls and other occluding objects.

Common sources of fungicide, with their level and density, include:[1]

The damage done by fungicide depends on the target.[8] For a more detailed breakdown of the types of targets listed here, refer to the Objects Affected section below.

The following damage formulas are used to calculate defoliant and fungicide damage:[8]

In theory, this means that a typical cloud of fungicide gas (~100 density) will deal approximately:

The density of fungicide can get significantly higher than 100 if several sources of it are combined, such as multiple

fungicide gas grenade mk IIIs or successive shots from a

fungicide pump. Because fungicide can seep through walls, however, it will not be contained by enclosed rooms or tight hallways - it will continue to spread and dissipate after it is released.

This information is reliable as of patch 2.0.201.49.
Retrieved from "https://wiki.cavesofqud.com/index.php?title=Fungicide&oldid=86745"
Categories: