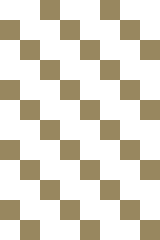 Miasma settles the lungs of its neighbors and guides them to the dreaming dale. Their bodies repose.

Sleep gas is a respiratory-based gas effect that has a chance to put creatures to sleep.

Sources of sleep gas, with their level and density, include:[1]

Any creature that is not wakeful or otherwise immune to the effects of sleep gas that enters a sleep gas cloud must make a Toughness save to resist falling asleep. If they fail the save, they will fall asleep for a number of rounds dependent on the strength (Gas Level) of the sleep gas. Items such as the

gas mask provide a bonus to the creature's saving roll for this Toughness save and reduce the save target by reducing the effective density of gas for purposes of the calculation.

Whenever a creature awakens from an involutary sleep effect, they will gain the wakeful status for 3-5 rounds.

The following formulas are used to determine the Toughness save and sleep duration:[8]

In practice, gas density is highly variable due to a significant amount of randomization involved in gas behavior. Gas is constantly moving between cells, dissipating over time, merging with other gas, and being affected by random calculations in the game engine.

Sleep Gas Generation mutation. With that mutation, a creature releases 800 density units of gas into the open cells around them each turn, and can continuously release gas for many turns depending on mutation level. This can result in very high density gas if the mutant releases all gas into the same area without moving, or if there are many nearby walls that contain the sleep gas into a smaller and more concentrated area.