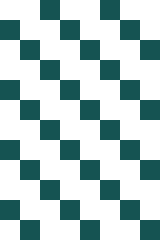 Bone bits are aerosolized into a thick coal fog. Light is lost inside.

osseous ash is a type of gas that deals damage to creatures capable of respiration. It is produced when

Creatures capable of respiration who occupy the same tile as a cloud of osseous ash will take damage every round based on the cloud's density, where damage is equal to Density / 10.[2]

Such creatures who enter a cloud of osseous ash will also be afflicted with the choking on ash status condition. Upon exiting the cloud, the creature will suffer

2 damage every round for 1-10 rounds, so long as the tile they occupy at the end of their turn does not contain osseous ash.[3]

Osseous ash also has the potential to be occluding, which is a unique quality among gases. Whenever osseous ash has a density of 40 units or greater in a particular tile, it will become occluding and block the vision of the player and other creatures.[2]