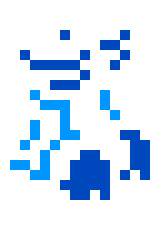 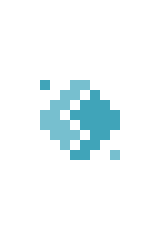 Calligraphs are incised in uneven rows and columns that meander across the quarter and back stay of the boot. Their character mass appears to orbit a central statement: "The path is contracted." The rest of the script is etched in a variety of signs and styles that offer competing and composite interpretations of the cryptic proclamation.

The teleportation will avoid teleporting the wearer into a solid object; if 9 squares ahead is solid, the boots will look up to 3 squares away from the destination for open space. If nothing is available within 3 squares, it will not teleport[1]. Teleporting outside of the current zone is avoided during autoexplore. Each teleportation uses 250 charge. This teleportation can be turned off, but flipping the switch has an action cost of 100. The switch can be used even if the boots are not fully understood yet.

For the wearer to teleport, they must not be flying, must be in the same phase as the ground, and must not be on the world map. If the teleport fails due to interference from normality (which it may, since all teleportation is reality distortion based), the wearer will take damage from the boots throwing off sparks.

ninefold boots can teleport you across zone boundaries, including through an outer wall of the Tomb of the Eaters into open air.

Overloading a pair of ninefold boots increases their teleport distance from 9 to 11.[1]