From Caves of Qud Wiki
Jump to navigation Jump to search
This information is reliable as of patch 2.0.200.83. If this is no longer the current patch, you can help by updating it.
Ezra 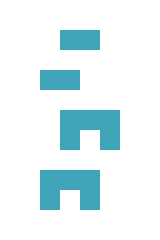 Omonporch. The village is home to many

banana ranchers and their

banana trees. The mayor is

Mayor Haddas, a sentient tree located near the northeast. The center holds a store of up to 120 drams of

fresh water, but must be broken into forcefully to take.

Sixshrew the merchant in a neighboring alcove. Just north of this building are several cables that lead their way within the Tomb of the Eaters. However, digging further leads to only solid rock.

The graveyard lies in the southwest corner, guarded by

Zothom the Penitent, who gives the quest The Buried Watchers. This is also where Rebekah was buried, according to the history of Resheph.

The signature dish of this village is Goat in Sweet Leaf.

Caution: This section contains unverified speculation and should not be considered canonical.

This information is reliable as of patch 2.0.202.104.
Retrieved from "https://wiki.cavesofqud.com/index.php?title=Ezra&oldid=73457"
Categories: