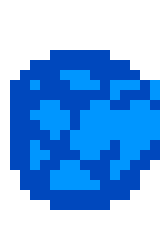 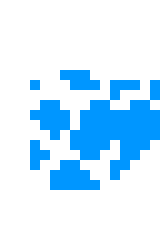 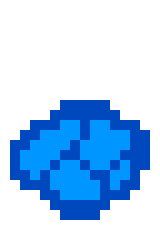 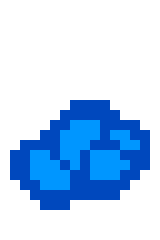 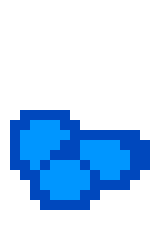 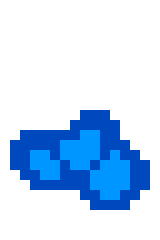 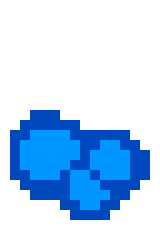 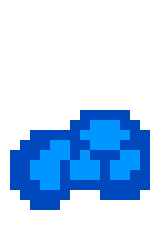 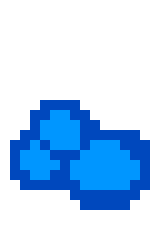 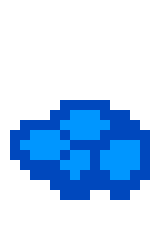 There are two major forms of water that the player will encounter. If in a pure form, water is rendered as fresh water. Salt water is much more common and cannot be used to satiate thirst or be used for trading. Adding water to any other liquid will cause the liquid to be dilute. Any mentions of water in this article will be assumed to be about fresh water unless specified. A dram of fresh water weighs 0.25 lbs.

If fresh water is found in a large pool (200 drams or greater), it will often show with a brighter white color, flickering much more often than salt water.

When water reaches 100T, it will vaporize into

scalding steam, where the drams vaporized/20 is the density of the steam. This steam deals 0.18 * density heat damage to whatever it's in contact with.

Water freezes at -100 T. If a creature steps on frozen water, they will be forced to make an Agility save with difficulty 10.

If a creature is in water while the tile is frozen, they will become stuck.

This article has information that is missing or not up to par.
Reason: Verification or reference needed for the Agility save difficulty.

Water can be found in guaranteed areas as well as randomly generated.

Water is a scarce but incredibly important liquid.

If you are not

If you are, it will return a different message instead:

Regardless, drinking water satiates your thirst by 10,000.

Factions that use Water as a Water Ritual Liquid