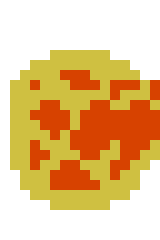 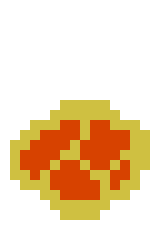 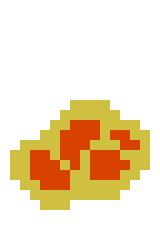 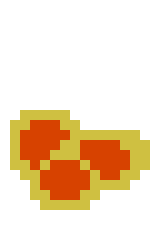 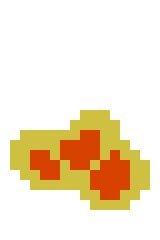 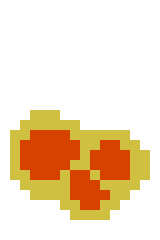 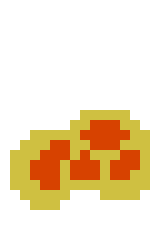 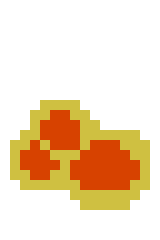 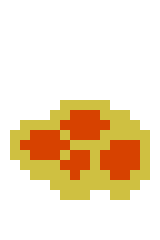 Lava is a liquid made out of melted rock. It is one of the higher valued liquids, but is highly harmful to anything it contacts that lacks proper heat resistance. A composite liquid containing lava will be magmatic.

Upon entering a cell of lava that is not frozen, the creature's temperature will increase by 1000°, which is often enough to set the creature on fire. This is only when the cell is entered, and staying on the lava will not alter temperature directly. However, there is a high risk of lava staining and covering the creature and their items repeatedly if they do not leave the cell.

When lava is poured on something, their temperature will increase but will not inflict damage.

Lava's baseline temperature of 1,000 degrees means that only some containers can safely hold it:

Containers that ignite from lava suffer the flaming effect, making them suffer tick damage from burning until destroyed. Freezing is not a viable solution to this issue, as frozen entities and materials thaw back to their resting temperature in a matter of turns and most containers burn at a much lower point than 1,000 degrees.

Liquid fueled energy cells can be filled with 8 drams of lava, making some of them a potentially cheap lava storage solution, for later reselling.

Consumption of any amount of lava will increase your temperature by 1000°, dealing

Drinking lava grants the On the Rocks achievement. In the journal, this is noted as "Unexplainably, you drank lava".

This section is opinion-based. Your mileage may vary.
Retrieved from "https://wiki.cavesofqud.com/index.php?title=Lava&oldid=80216"
Category: