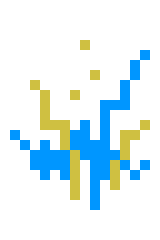 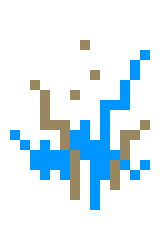 Rather than spend its energy growing resilient to trampling, this grass takes a more offensive approach to groundskeeping.

When stepped on by a creature it's hostile to, a yonderbrush will attempt to teleport them. (This effect respects normality effects.) If successful, the teleported creature will end up in a randomly chosen tile in the same zone.

Yonderbrush is initially hidden, but being stepped on by the player will permanently reveal it. If the player steps in an adjacent tile, the yonderbrush will also be revealed if the player character succeeds on a intelligence check of difficulty 15, or having a 1d20+INT modifier be greater or equal to 15. This check can be repeated multiple times by stepping back and forth by the desired tile.