Zealot of the Six Day Stilt 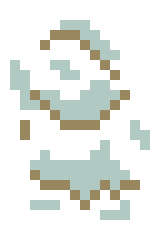 zealot of the Six Day Stilt

They preach the chromaic gospel of the Mechanimists. Precious saliva flies from their cracked lips, but they're too rapt in the music of their words to notice.

Six Day Stilt. As with many Mechanimists, they will shout sermons to any willing to listen.

Joppa, has a unique conversation script, and grants the O Glorious Shekhinah! quest to the player.

Joppa, this zealot wanders into the sight of

Argyve (a Barathrumite), he will immediately attack and kill them. It is thus advisable to speak to Joppa's zealot and get the O Glorious Shekhinah! quest early in a playthrough, before they have a chance to be murdered by Argyve.