From Caves of Qud Wiki
Jump to navigation Jump to search
This page describes the space-time vortex entity that can appear in the world. For information about the mental mutation with the same name, refer to Space-Time Vortex.
space-time vortex 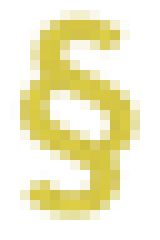 Images of distant places and times past, present, and future shimmer in the space before you. Strange sounds whose makers inhabit those innumerable vistas stretch through your ears, echoes of an astral continuum.

A space-time vortex is a rift in space-time that can transport creatures and objects which it comes in contact with from one zone to another completely random zone in the world.

Space-time vortices move around randomly. If the player, a creature, or another object passes into the same tile as the vortex, or the vortex passes into the same tile as them, they will be teleported to a randomly chosen location somewhere in Qud, be it on the surface, underground, etc. The chosen location will be consistent for anything that crosses through that particular vortex. If the player enters the vortex, they will become lost upon arriving at their destination.

The random zone that the vortex leads to is distributed evenly across the whole world map, but tends to be a surface zone: There is a 50% chance that it will be the surface, and the remaining 50% of the time a stratum is chosen evenly from among all strata no higher than the surface and no deeper than stratum 30. (This means the surface is chosen slightly more than half of the time, and that you can't be taken to a stratum deeper than 30.)[1]

There is also a 0.5% chance for a random creature to emerge from the vortex each turn. This can be any creature that is eligible to appear during dynamic encounters.[2] 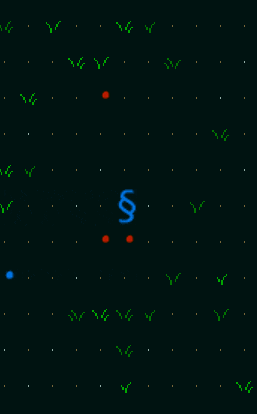 Generated space-time vortices last for 20 turns. The one exception is vortices created by the

There are a few variations of this type of zone-generation vortex:

This information is reliable as of patch 2.0.201.114.
Retrieved from "https://wiki.cavesofqud.com/index.php?title=Space-time_vortex_(phenomenon)&oldid=78056"
Categories: