From Caves of Qud Wiki
Jump to navigation Jump to search
This information is reliable as of patch 2.0.201.47. If this is no longer the current patch, you can help by updating it.
Quantum Jitters (D) 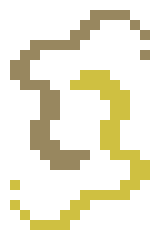 Players with Quantum Jitters who use an activated ability have a chance to create 1-2 space-time vortexes in random tiles immediately adjacent to them.[1] These space-time vortexes will choose a random destination somewhere in the world, including locations above and below ground, as their destination, and anything that steps into the vortexes will be immediately transported to that location. The vortexes will also randomly move on their own after being created, sucking in anything they cross into the same tile as. They will dissipate after 20 rounds, or immediately upon coming into contact with a source of normality.

When Quantum Jitters triggers, the message log will display the following: