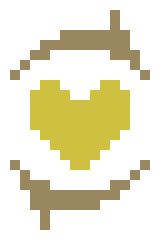 Regeneration is a physical mutation which improves the player’s natural

Regeneration provides the ability to regrow missing body parts, with a level-based chance of occurring each turn. If the limb regeneration chance equals or exceeds 100%, the creature will be guaranteed to regrow a limb within one turn and, additionally, will be immune to decapitation. Note that only one limb can be regrown at a time, and parent limbs must be regrown before child limbs can be regrown (such as an arm needing to be regrown before a hand can then regrow).

Regeneration and other regeneration causing items also have the ability to remove removable minor physical debuffs that affect metabolic, respiratory, circulatory, structural, or neurological functioning, with a level-based chance to do so each turn. This includes bleeding and itchy skin; however, Regeneration cannot cure fungal infections that have already developed at any level because it is no longer considered an effect.

At mutation level 5, this ability extends to major physical debuffs, including diseases (such as glotrot, ironshank, and monochrome) and their onset conditions (sore throat, stiff legs, and blurry vision).

The following formulas are used to determine healing rate, bonus, change to regenerate limbs, and chance to remove debuffs (rounded down) based on mutation level.[1]

The following effects can be removed by regeneration. These effects are only healed if they are applied to the creature that has regeneration, not their equipment. This includes natural equipment that is technically part of a creature's body, such as

Horns. The specific criteria for which effects can be removed by Regeneration are based on effect type as follows:[2]

All of the above effects, plus the following: