From Caves of Qud Wiki
Jump to navigation Jump to search
This information is reliable as of patch 2.0.201.47. If this is no longer the current patch, you can help by updating it.
Beguiling 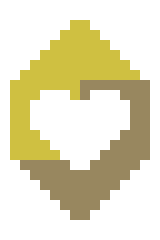 You beguile a nearby creature into serving you loyally.

Beguiling is a mental mutation that allows the player to "beguile" nearby creatures, turning them into a companion.

Beguiling grants the "Beguile Creature" activated ability, which when used on a creature within 1 tile of the user, will bestow the beguiled status effect and cause that creature to become a follower, so long as the player rolls to do so successfully. The creature will be friendly to the player, will follow them and attack anything hostile to them, and can be ordered to perform certain actions. They will also gain bonus

hitpoints as determined by the player's mutation level. If the player fails to beguile an otherwise neutral creature, they will become hostile; this will not anger any of the creature's nearby allies, however.

Followers can be ordered by looking at them and pressing the "use" keybind when they are at a distance, or by pressing the "interact nearby" keybind when they are within 1 tile. By doing so, they can be directed to attack specific targets, move to a specific tile, or remain where they are until the player orders them to move again. The player can also allow or disallow the creature from using their activated/toggleable abilities.

Followers can be traded with to obtain any items they have within their inventory free of charge, even if that creature is a merchant. They can also be given items and equipment, and will equip their best available armor and weapons automatically.

Beguiled creatures will remain beguiled until they die or the player successfully beguiles a different creature, as only one follower can be gained through the Beguiling mutation at a time. Creatures who are "dismissed" in this way will become hostile to the player.

The following formula is used to determine follower bonus hitpoints based on mutation level.