From Caves of Qud Wiki
Jump to navigation Jump to search
This is paid content only available to patrons.
This content can be downloaded by being a Arconaut+ tier patron of Freehold Games.
This information is reliable as of patch 2.0.203.31. If this is no longer the current patch, you can help by updating it.
Hylaeus 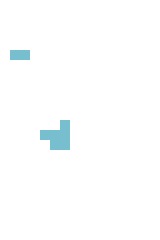 The wilds have matted his layers of softest snow fur into a heath-brushed tundra. A wide snout he bears for scooping out the rain-damp loam, and a staunch tail for vigorous wagging. He pants and eeps in awakened appreciation of a companion worth a damn.

Hylaeus is a pet dog who supports his owner by fetching items. When he is not fetching, he prefers to avoid conflict and initiate combat against creatures that are 2 tiles away from him, compared to most creatures who aggro at 1-15 tiles away. This distance only matters during the initial target choosing.

If Hylaeus has nothing to do, there is a 7% chance every turn for him to search the zone and attempt to fetch an item lying on the ground that the player character would normally autoget, such as ammo or trade goods if those options are enabled within the options. He also has a chance to sniff the air, but this is purely cosmetic.

It's the custom among patricians that first-born children, slated to inherit nothing of their families' estates, venture out of numb Ibul into the wide world, and that -- in the case of the Iuto family -- they shove off with the companionship of their household's foremost hound. So it came to be that Octadius, grown by manhood into a spiteful wreck, pledged his intention to cross bleak Arthax with his canine Hylaeus, who himself harbored no desire to abandon his lamplighted streets, but -- lacking the rights afforded to dogs in other parts of the world -- was forced to obey. And when Octadius, who cherished courage more than sense, found himself impaled on the fossilized stinger of a manscorpion, Hylaeus could do little more than look on with irritation at his own new predicament, and ponder how he might finish crossing the desert with his life in tow. By a hound's luck, though, several days of vexed wandering were rewarded with the company of a dromad caravan, which saw him safely to the white dunes of the East, and from there, to a curious land called Qud.