Tszappur, disciple of the Coiled Lamb

From Caves of Qud Wiki
Jump to navigation Jump to search
Tszappur, disciple of the Coiled Lamb 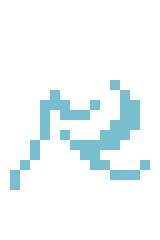 Tszappur, disciple of the Coiled Lamb

Folds of coarse-weave physician's cloth hang off his lissome frame like a gunslinger's shawl, and the crinkled brim of an old hat blots the sun and starlight.

Stiltgrounds, next to an old shrine to Resheph, the last sultan of Qud.

Tszappur is a physician and one of the few remaining members of the Cult of the Coiled Lamb, who "venerate" Resheph over the other Argent Fathers. Tszappur names Resheph as "a spiritual patron of kith and kin", and above all else, "a healer". Tszappur claims that Resheph lead him and others like him "to the path of healing".

Tszappur is unique in that the player is able to share secrets from Resheph's history with him in exchange for experience. The amount of experience granted does not depend on the specific secret shared, but rather the number of secrets the player has shared with Tszappur. Each secret can only be shared once.

There are a total of 16 different secrets related to Resheph. Sharing all of these secrets will reward the player character with a total of 181,750 experience.[1]

Tszappur comes stocked with several items related to healing and medicine. He does not restock.[2]

If engaged in combat, Tszappur may utilize some of these items, specifically the tonics he spawns with.

Tszappur always comes equipped with 2 random pistol weapons. When Tszappur spawns, a random number between 1 and 100 is rolled, with the number rolled determining what kind of pistols Tszappur receives, as well as the ammo that Tszappur comes stocked with. One of the two pistols will have a 45% bonus chance to be modified.[3][4]

Additionally, Tszappur will always come equipped with a

slate frock and a pair of

Tszappur possesses the Steady Hand and Akimbo skills.[3] The former will improve his accuracy when firing his pistols, while the latter allows him to fire a shot from each of his pistols in a single turn, respectively.

After Tszappur fires a missile weapon or uses a thrown item, he will retreat from his target for 1d11 rounds before taking another action.[3][5]

Tszappur can never spawn disliked or hated by the Mechanimists.

Tszappur will never voluntarily sleep, though he can still be forced to sleep.[2]

If the player performs the water ritual with Tszappur and has sufficient reputation with the Cult of the Coiled Lamb, he can teach them the First Aid skill. However, the player cannot trade secrets Tszappur or recruit him as a companion in this way.[2][6]

This information is reliable as of patch 2.0.201.94.
Retrieved from "https://wiki.cavesofqud.com/index.php?title=Tszappur,_disciple_of_the_Coiled_Lamb&oldid=64552"
Categories: