From Caves of Qud Wiki
Jump to navigation Jump to search
This article has information that is missing or not up to par.
Reason: Needs some general improvements, including discussion of village outskirts, random village starts, village types/philosophies, etc.

Villages are the primary form of settlement in Caves of Qud.

The following villages are static and will appear in every playthrough:

In addition to static villages, each playthrough will contain the following procedurally generated villages:[1]

Procedurally generated villages will have random names. They'll also have a number of creatures, typically including a

village warden, and a

Procedurally generated villages have a 1 in 20 chance of generating abandoned.[2] Abandoned village factions are hidden and will not appear on the factions screen or in other in-game contexts.

Typically, an abandoned village will have no creatures present, but there are often other remnants and clues about the village's history. For example, the village

clay oven might still be usable, and there could be buildings or other structures present. In some cases, there will be explicit clues as to what happened that caused the village to become abandoned.[3] 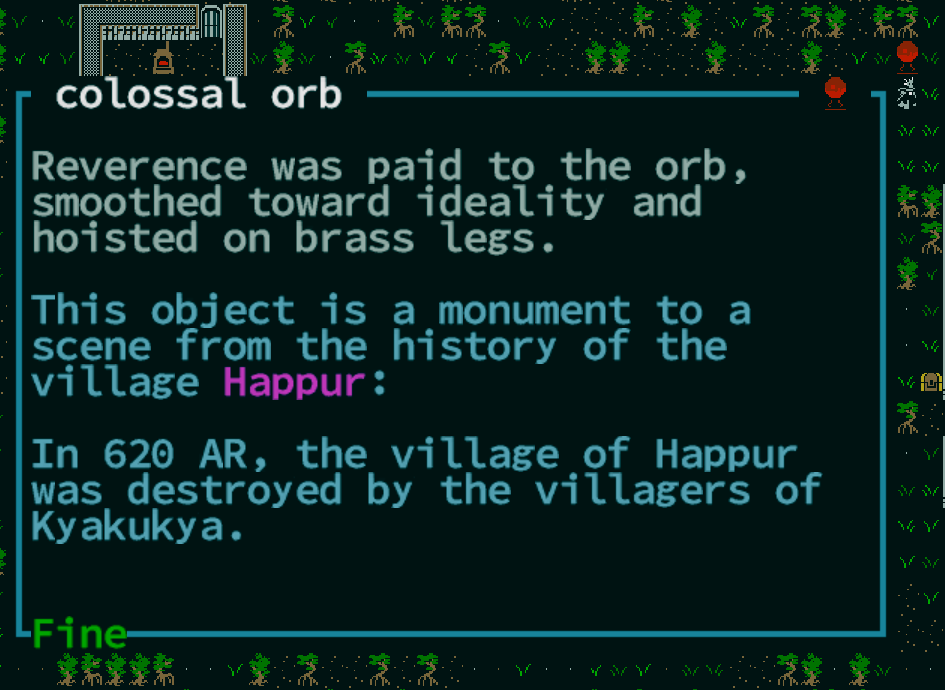 When the player enters a village for the first time (other than their starting village), they'll gain Experience equal to 250 * ZoneTier, where ZoneTier is equal to the regional zone tier of the village's location.[4]

Other Types of Settlements

Some settlements are similar to villages in that they include many creatures, merchants, or other village-like features, but they technically are not quite the same as a village.

This information is reliable as of patch 2.0.201.49.
Retrieved from "https://wiki.cavesofqud.com/index.php?title=Village&oldid=73842"
Categories: