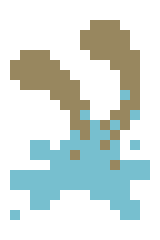 Whenever a gyrohumor in acid form enters a tile, it will create a pool of

This information is reliable as of patch 2.0.201.70.
Retrieved from "https://wiki.cavesofqud.com/index.php?title=Gyrohumor&oldid=84483"
Categories: