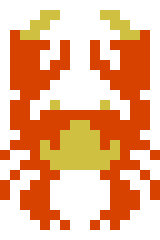 In its infancy, rock streamed through the planet in plumes of magma, spilled into hushed caverns, and quickened pools of protoplasm out of its stilled inertia. Plates slipped and matter was crushed, pressurized. Later, as entropy bore cracks into the crust, sticky lifethings fused to the rock and scuttled forth. In geological terms they are tiny things, but you insist that scale is the wrong one.

A great magma crab is a creature belonging to the crabs faction. Great magma crabs can be found underground in tier 8 zones, as well as in the lower levels of the

Great magma crabs attack in melee with their \red-hot claws, natural cudgel weapons that each deal

3d63-18 (Avg: 10.5) damage. Despite what the claws' name might suggest, they do not deal any elemental damage.[3] With a great magma crab's average strength of 46 (strength modifier of +15), the average PV of these claws is →19. To supplement their claws, great magma crabs possess the Cudgel Proficiency, Offhand Strikes, and Flurry skills, as well as a special NPC only skill, Shattering Blows.[4]

Great magma crabs are completely immune to heat damage of any kind, as they possess a heat resistance of 100. They also possess extremely high burning and vaporization temperatures, equal to 99,999,999° T each.[4]

Finally, great magma crabs possess two mutations, Enhanced Skeleton and Kinetic Dampening, each at mutation level 12. However, neither of them have any function.[4]

This section is an excerpt from Shattering Blows#Mechanics.

Shattering Blows grants the attacker a 10% chance to inflict one of the following effects with each cudgel attack:[5]

In extreme cases, such as a historic site filled with

rustaceans, it is completely plausible for a player to get reduced to 0 AV for a long period of time due to this effect. For example, a player with the Calloused skill might have all of their equipment cracked down to 0 AV, as well as a -3 or -4 penalty from a cleaved effect directly applied to themselves. 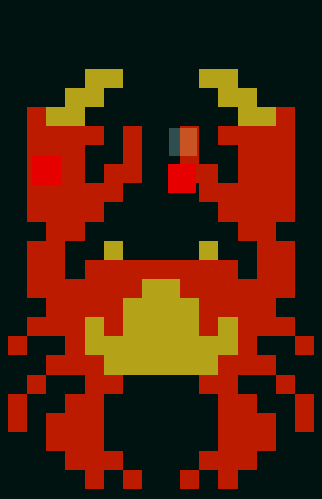