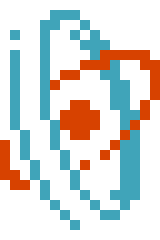 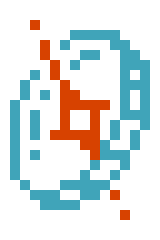 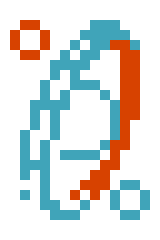 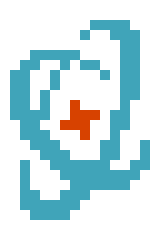 A troika of monstrous, gleaming wheels orbit a center sphere of xenon clouds and gallium lightning. The spokes are laminated crysteel bled of their emerald imperfections, and the rims are milky epithelium -- a single iris stretched to the topology of a torus -- and checkered on the underside with pupils. Its movement traces the carpentry of worlds.

Palladium Reef. They possess a charging attack which can inflict the dazed status and a powerful energy weapon, the

naser cannon, which can ground flying creatures, making them vulnerable to its charge.

Prior to charging, galgallim will display a visual path indicator similar to the wrecking charge of a

rhinox that foreshadows the direction they will charge. However, due to the galgal's significantly heightened Quickness, the player may not have a chance to react before the charge occurs.